Company Formation by Power of Attorney 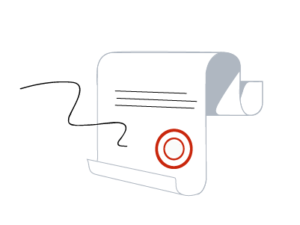 To open a company in Estonia by power of attorney, you must comply with all the terms of cooperation and pay for the services of Company in Estonia OÜ before starting the process. After payment for the services it will be necessary to send photos of passports of all company founders and information about the company to be established (desired name, type of activity, means of communication, and information about founder/s). As soon as the requested information is provided, our lawyer will send you examples of powers of attorney in English, which will need to be certified by a notary in your country.

The cost of setting up a company

Each additional member of the company adds 390 EUR to the service cost.

Opening a company in Estonia by a power of attorney

Possible options for certification
of prepared powers of attorney

Some countries such as Norway, Sweden, Netherlands, Belgium, France, and Germany accept documents in English.

Translation of powers of attorney into the state language is required in countries such as Finland, Latvia, Lithuania, Poland, Ukraine, Greece, Russia and so on.

In the process of certification of documents, it is important to take into account the format in which a power of attorney is issued and whether it needs to be additionally apostilled in your country.

Certification of a document in accordance with the terms of the Hague Convention Abolishing the Requirement of Legalisation for Foreign Public Documents is called apostille. This is an international certificate, comparable to notarisation in domestic law. If an agreement is applied between two countries, apostille is sufficient to confirm the validity of the document, which eliminates the need for double certification by a sending country and then by a receiving country.

List of countries that do not require apostille when certifying documents by a notary:

After receiving the powers of attorney, the process of establishing a company takes about two weeks (the received powers of attorney must be translated into Estonian, and the notary who will establish the company, must familiarise themselves with the documents).

Company Formation by Power of Attorney in 5 Steps
Menu