Cryptocurrency in Estonia is legalised at the state level. Since bitcoin (BTC) is a digital currency, a special cryptocurrency license is required for all transactions connected with cryptocurrency on behalf of an Estonian company. We provide services to projects working in the field of blockchain technologies and cryptocurrencies and offer assistance in obtaining the appropriate license. Company in Estonia OÜ provides legal support to crypto-companies, assistance through professional consulting and up-to-date analysis of the cryptocurrency market.

If you need a license to exchange cryptocurrency, then the specialists of Company in Estonia OÜ will develop the best solution for you. We are ready to advise on a specific issue or comprehensively approach the development of a large project according to the client’s vision and provide legal support for a crypto-project of any complexity. 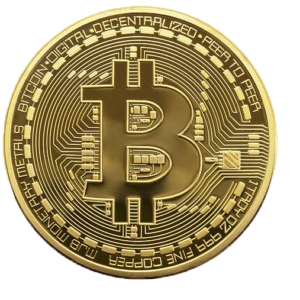 A technical description and the first version of the software appeared towards the end of 2008, in which the BTC cryptocurrency protocol was implemented. The emergence of bitcoin and cryptocurrencies in general was preceded by a number of large-scale studies and developments in the field of encrypted transactions by such researchers as David Chaum, Adam Back, Nick Szabo and others.

Chaum proposed using a “blind signature” algorithm to allow a secret transaction between two anonymous participants and developed “electronic cash” protocols by which a conditional seller approves a transaction only after an anonymous payment is authenticated. This technology has become the basis for transactions of bitcoins.

The prototype of the mechanism for creating a cryptocurrency was invented by Adam Back in 1997, proposing to use the anti-spam system – Hashcash, in which the sender performs many time-consuming operations, while the recipient is able to verify their authenticity as quickly as possible.

In 1998, Nick Szabo, in turn, began work on the Bit Gold decentralised money system. According to his vision, electronic money would save users from many threats, including theft, counterfeit, and even inflation.

The blockchain system served as the basis for transactions in digital currency. The creators of bitcoin have developed a database that stores information about transactions in the form of blocks linked by a mathematical algorithm. Thanks to such a system, when a content of one block changes, it is necessary to make edits to the entire subsequent chain of blocks, thus preventing any unnoticed changes in the blockchain.

But the main role in the operation of the entire system is played by miners – they are the ones who create new blocks from transaction records. The mining process requires solving a number of complex mathematical tasks, so miners need to use powerful computing resources on specially equipped computers. For each block created, they receive a reward in the form of a commission from transactions or newly created bitcoins, and the mining difficulty is automatically adjusted every two weeks depending on the total number of blocks that appeared over a two-week period.

The approximate exchange rate of BTC in 2009 was between 700 and 1,600 units per dollar and was calculated based on the processor power consumed to create one unit, multiplied by the cost of electricity in the United States and divided by the total number of bitcoins created by the miner.

At the beginning of 2010, the first service for buying bitcoins – the Bitcoin Market, appeared on the network, and in July the popular IT-portal Slashdot made a publication about bitcoins, as a result of which the number of users of virtual money increased dramatically. After just a month, 10,000 BTC cost 600 dollars, and netizens began to actively mine their own cryptocurrency. As a result, the first BTC exchange – the MtGox, was created, which allowed purchase and exchange of cryptocurrency for fiat money. The bitcoin rate has risen in just a couple of months: from 6 cents per unit in July to 50 cents in November. The total market volume was estimated at 1 million dollars. In February 2011, bitcoin caught up in value with the dollar, and by March the crypto-exchanges had been established for exchanging bitcoins for British pounds and Brazilian reais, increasing the total market volume to 10 million dollars.

After the first bitcoin conference held as part of the World Expo in New York, then the second in Prague, as well as the publications about cryptocurrency in Forbes, The Economist and New York, BTC was acknowledged as a real alternative to traditional fiat currencies. A similar project of virtual money – Google Bucks, had not been subsequently implemented, because a few months after its nationwide triumph, bitcoins became associated with a shady economy and crime.

Experts agree that the disclosure of the identity of the BTC inventor (or a group of people) under the pseudonym Satoshi Nakamoto could have a huge impact on the economy and internal politics of bitcoin to this day. It is only known that since mid-2010, Satoshi Nakamoto has not been involved in the project.

Mining translates as earning bitcoins from the power of the hardware. On the one hand, it was cryptocurrencies that gave birth to mining. On the other hand, the issue of new bitcoins is impossible without mining, since new bitcoins are rewarded to a miner who first solves a hashing problem and generates the next block. That is, during mining, new blocks are generated in the blockchain, for each of which a reward in the form of electronic money (BTC) is granted. Bitcoin miners receive bitcoin as a reward for generating blocks of verified transactions, which are accordingly added to the blockchain. Thus, mining has enabled earning of tokens without fiat investments.

Miners are paid as auditors. They do the job of verifying the legality of bitcoin transactions to ensure that users have not attempted to illegally spend the same bitcoin twice, thereby helping to prevent the “double-spending problem”. After verifying a 1MB (megabyte) of a bitcoin transaction, the miner is rewarded with a certain number of bitcoins.

Once in 4 years, every 210 thousand blocks, the amount of the reward is revised and reduced by exactly half. The process of division of the amount of miner’s reward for adding a new block to the blockchain chain is called halving. The main task of halving is to control the emission of cryptocurrency and curb its inflation. Initially, from 2009 to 2012, miners received 50 BTC, therefore:

The next halving is expected in 2024.

When will the last bitcoin be mined?

According to experts, the last 21-millionth bitcoin will be mined in 2140, after which the emission of bitcoins will cease forever (as planned by the legendary creator of BTC – Satoshi Nakamoto). Limited emission of cryptocurrencies is a key factor in the growth of its value in the long term. This has been repeatedly stated by many analysts and investors. In general, investors and users should not worry about the limited number of tokens as many believe that bitcoin will still exist after mining ends.

The sharply increased interest of institutional investors in cryptocurrency in 2020 ensured of the large capital inflow in the crypto-sphere, which subsequently has created conditions for a more confident growth in the cost of BTC.

There are currently over 400 crypto-companies doing business from Estonia for a number of reasons. The team of experts of Company in Estonia OÜ is pleased to accompany your cryptocurrency project in the necessary procedures for preparing documents for submitting an application and obtaining a permit for crypto-activities in Estonia.

Company in Estonia OÜ offers a wide range of additional services for cryptocurrency companies, such as assistance in selection and rental of an office; assistance in making company share capital contribution; assistance in recruiting a local Company Director, signing a working contract; training of a Company Director for KYC/AML requirements; as well as KYC/AML Officer services and various accounting services.

An individual customer approach is vital for us, and we take care of your business needs. Company in Estonia OÜ provides continuous support to entrepreneurs in accordance with the latest amendments in Estonian legislation.

The specialists of Company in Estonia OÜ will be happy to assist you in obtaining a cryptocurrency license in Estonia.