What to Know about Estonia

After gaining its independence in 1918, the country was called «Estonia» (Esthonia); under this name, it joined the League of Nations in 1921. After joining the USSR in 1940, it was renamed the Estonian Soviet Socialist Republic, and after the collapse of the USSR in 1991, it became the Republic of Estonia. 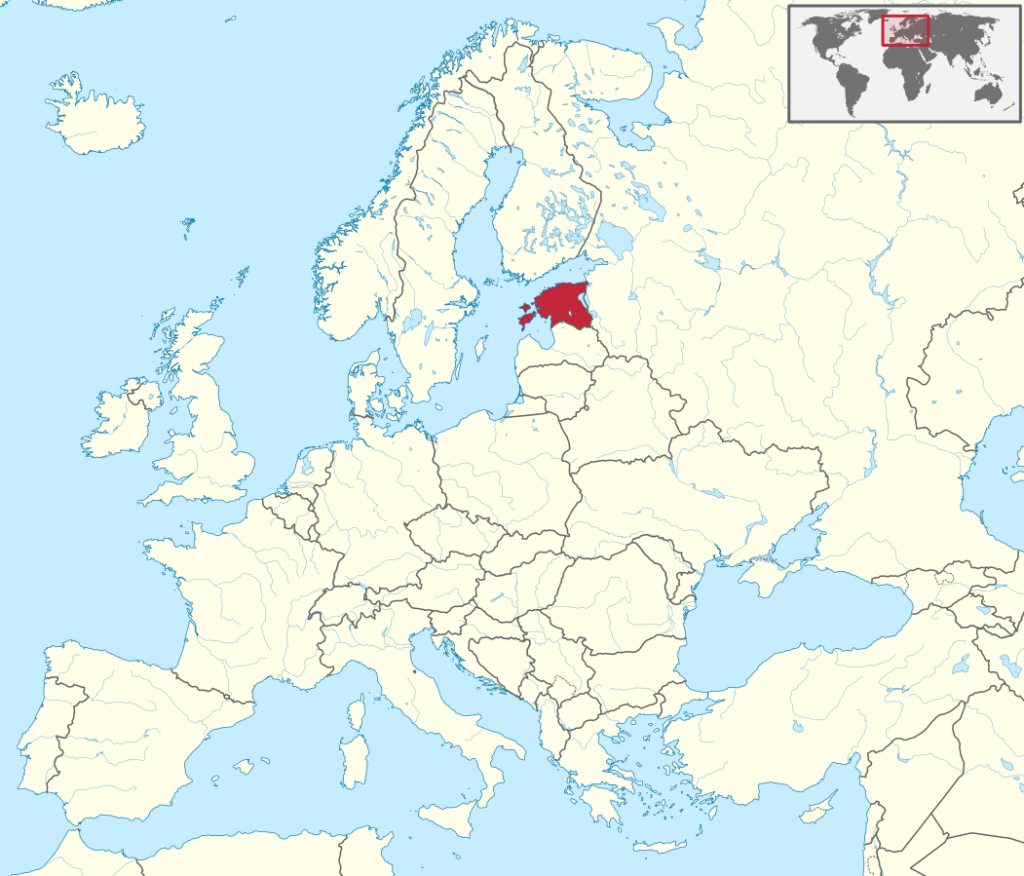 After the dissolution of the Russian Empire, the Republic of Estonia was proclaimed on 24 February 1918. Independence was achieved during the Estonian War of Independence. On 2 February 1920, Soviet Russia and Estonia signed a peace treaty on mutual recognition.

On 15 June 1920, the Constitution of the Republic of Estonia was adopted. According to which, Estonia is the parliament republic. On 22 September 1921, Estonia became a member of the League of Nations.

From 1938 and until 1940, Estonia was ruled by Konstantin Päts, the first president.

On 6 August 1940, Estonia was incorporated into the Soviet Union. During World War 2, between 7 July 1941 and 24 November 1944, the territory of Estonia was occupied by Nazi Germany.

On 20 August 1991, after the collapse of the USSR, Estonia once again confirmed its independence.

On 9 December 2010, Estonia became the first among the post-Soviet countries to become a member of the Organisation for Economic Cooperation and Development. Since 1 January 2011, Estonia has adopted the euro.

Estonia is located in the north-eastern part of Europe. It is bordered from the north by the Gulf of Finland, from the west by the Baltic Sea and the Gulf of Riga, and borders Latvia to the south and Russia to the east. Estonia has a land border with Latvia; the border with Russia runs along the Narva River, Peipus lakes and the land section with the Pskov region. The length of the coastline is 3,794 km.

The lakes in Estonia cover about 5% of the country’s territory, with more than 1,100 lakes, almost all of which are of ice origin. Estonia has many small rivers.
Source: https://www.visitestonia.com/en/why-estonia/the-whispering-waters-of-estonia
There are a total of 3,923 protected natural objects in Estonia, including 231 nature reserves, 157 landscape reserves, 6 national parks, 59 old or undeveloped conservation areas, 512 parks and stands, 319 preserves, 1,553 permanent habitats, 23 natural objects protected at the level of local governments and 1,066 individual protected natural objects, which together constitute 23% of the national territory.

Estonia is bordered by the vegetation-geographical provinces of Eastern and Central Europe: almost 35% of the total number of all species or subspecies in Estonia are at the border of their zone of distribution.

Plants stranded at the boundary of their range have entered Estonia at different climatic periods and are referred to as relics of the respective period.

Mainly due to agriculture and freight traffic, many weeds have spread.  More than 2,500 species of algae and 680 species of lichen have been found from lower plants in Estonia. According to the latest data, the flora of Estonia represents 1,441 vascular plant species, together with subspecies of 1,538 species.

Wildlife species diversity is small — about 60 species of mammals. There are large numbers of moose, roe, hare, boar. In the 1950s and 1960s, a noble deer and a raccoon dog were introduced.  In the largest forests in many parts of Estonia, you can find a brown bear and a lynx.

In the forests, there are also foxes, martens, badgers, squirrels. The most common species are ferrets, stoats, weasels, and along the banks of the ponds – the European mink and otter. Very common are hedgehogs, long-tailed shrews, moles.

The bird species is the most diverse. It has 331 species, with 207 species nesting permanently in Estonia (c. 60 live year-round). There are numerous birds during the spring and autumn mass flight to places of summer nesting or winter in tropical countries. There are 3 species of lizard and 2 species of snake, including common viper, in Estonian forests.

More than 70 species of fish live in freshwater and coastal waters. Many of them are of fisheries importance.

Estonia is located in the temperate zone; the Baltic Sea borders the north and west. Atlantic cyclones heavily influence the climate, and the air is always wet due to the proximity of the sea. Due to the influence of the Gulf Stream, winter is warmer than in mainland Eurasia.

Summer is traditionally the most popular holiday season. The average air temperature in Estonia in the summer is about +20°C.

The main factor influencing the formation of temperature in the inland part of Estonia is the Baltic Sea. In winter, it is much warmer in the coastal areas than in the central region.

The average annual temperature in Estonia is significantly higher than in continental climates, which lie to the east at the same latitude.

There are 15 regions within the territory of the Estonian Republic. There are 33 towns in the country. The capital, Tallinn, has about 400,000 inhabitants (almost a third of the country’s population). The second-largest city (about 100,000 people) is Tartu. The third (about 50,000 people) is Narva.

According to the current Constitution, adopted in 1992, Estonia is an independent democratic parliamentary republic with the people as the supreme authority.

Legislative power is vested in the Riigikogu, a unicameral parliament with 101 deputies elected by proportional representation in equal and direct elections. All eligible citizens of the country who have reached the age of 18 have the right to vote in elections for a four-year parliament. 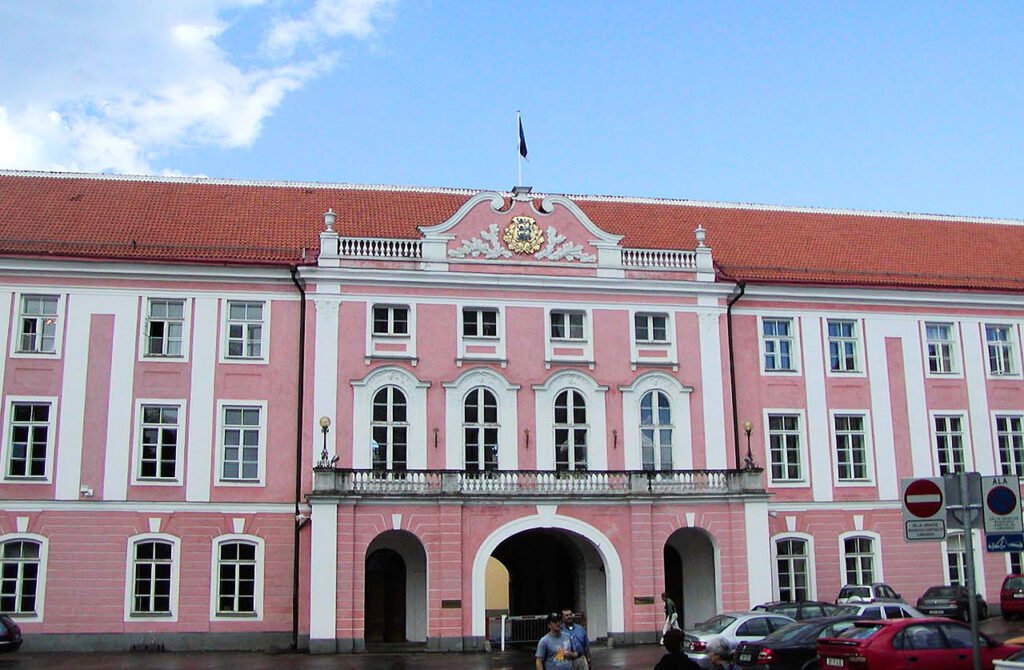 The head of the country is the president, elected for five years but not exceeding two consecutive terms, by the deputies of the Riigikogu or the electoral college by secret ballot.

The Chancellor of Justice, an independent official appointed by parliament on the president’s nomination, oversees the implementation of the Constitution and the law by the public authorities. Economic control over the State budget and property is exercised by another independent body, the State Control.

All matters of local life are dealt with by local governments, which operate autonomously within the limits of the law, have their budget and are entitled to levy some local taxes and fees (e.g. advertising, street and road closures, pets, entertainment, parking fees, etc.).

The economy of Estonia is advanced; Estonia is a member of the European Union. Among the post-communist countries, Estonia is one of the most developed.

After the restoration of independence, Estonia’s economy was restructured according to market principles and reoriented towards Western Europe. On 20 June 1992, Estonia introduced its national currency, the Estonian krone, instead of the Soviet ruble.

More than $285 million of foreign aid, loans, and loans, and that Estonia received more than $100 million from the pre-war republic contributed positively to the success of the economic transformation in 1991-1993, frozen in foreign banks in 1940 in connection with the accession of the country to the USSR.

According to the HDI prepared by the UN, the country was classified as a «developing” country until 2000, when the market economy was established. In 1999, Estonia joined the World Trade Organization. Its main trading partners are Finland, Sweden, Germany and Russia. The most severe problem remains the negative trade balance. Estonia joined the European Union in 2004.

Following the updated June 2009 plan of the Estonian government, the transition to the euro took place on 1 January 2011.

Within 30 years of independence, Estonia has four companies with a capitalization of more than $1 billion (unicorn companies): Skype, Bolt, TransferWise, Playtech. Having decided to invest in the development of e-services since independence, Estonia has undertaken several reforms in the last 30 years. Also, due to the attractive business environment, a high level of education, an enabling environment for innovation and a developed e-services sector, Estonia has become an attractive country for startups.

Estonia is internationally acknowledged as an e-country. A digital society built by Estonians has no equal in the world. The uniqueness of the Estonian digital ecosystem attracts more and more people every year. Entrepreneurs and professionals from around the globe come to Estonia to either invest and start a business or take advantage of the career opportunities that the Estonian market is happy to offer.

Being a small Northern European country, Estonia has built a digital society over a couple of decades. So far, the country with less than 2 million is leading in the IT sector and is referred to as a 99% digitalised European country. Hence, unlimited tech opportunities have contributed to the fact that Estonia has drawn more and more attention as a prominent European entrepreneurial hub over the years.

Since 1 May 2004, Estonia has been a European Union member and since 1 January 2011 of the Eurozone. Thus, Estonia is one of the three former republics of the USSR integrated into the European market and the Schengen area, as well as the first of the post-Soviet countries to adopt a single European currency and abandon the independent monetary policy. Membership in the European Union also implies that EU legislation takes precedence over domestic law.

Since 29 March 2004, Estonia has also been a member of NATO. Estonia participates in NATO military missions in Iraq and Afghanistan.

Estonia is situated at the crossroads of different cultures. Estonian culture’s relatives are Latvians, Finns, Lithuanians, Russians of the north-west of Russia, Belarusians, Swedes and Germans.

At the turn of the 19th and 20th centuries, Estonian culture was strongly influenced by industrialization, modernization and rapid urban development. In the first decade of the 20th century, the Baltic-German culture in Estonia had already been marginalized. In architecture, literature and music, along with following world currents, there were signs of national style, mature artistic works.

Of great importance for the cultural development of Estonia was the restoration in 1802 of the Imperial Yuriyev University in Derpt (now Tartu). The university became a conduit of Western European ideological influences – ideals of freedom, equality and brotherhood of the French Revolution, German Romanticism.

In 1909, the first independent exhibitions of Estonian art took place in Tallinn and Tartu. In Estonian architecture of the period, as in music, along with adherence to world currents, there are signs of national style.

There are about 600 libraries in Estonia, the largest of which are the Tartu University Library and the National Library in Tallinn. Theatres of Estonia: Estonian Drama Theatre, Linnatherater (City Theatre), Theatre «Vanemuin» in Tartu, Russian Theatre of Estonia, Puppet Theatre, Rakvere Theatre, Theatre «Endla» in Pärnu, Theatre «Ugala» in Viljandi, etc. The organization of the concert activity is the «Eesti concert». The National Opera «Estonia» and the Estonian Philharmonic are located in Tallinn.

Estonia made its debut at the 1920 Olympic Games in Antwerp, and three years later, the Olympic Committee was established. In the 1920s and 1930s, Estonian athletes for the years of 6 golden, 6 silver, 9 bronze medals — all gold medals in the account of wrestlers and weightlifters.

In the 1930s, the country’s chess team made significant progress, and Paul Keres was one of the world’s strongest players in the mid-20th century.

One of the world’s winter sports centres is Otepä, which hosted the 2010 and 2015 bi-at-lo events. Skiers Kristina Schmigoon and Andrus Veerpalou were among the leaders in their sport in the 1990s-2000s, the Olympic champions.

Since 2000, the Government of Estonia has moved to paperless cabinet meetings, using the electronic Internet documentation network. As a result of a European Commission competition, a project to convert the public sector into electronic documents has already resulted in the electronic exchange of documents by about 500 institutions, including all ministries, county offices and almost all departments and inspectorates, was ranked the best in Europe. Since 2000, it is possible to file tax returns electronically in Estonia.